On the New Moon in Taurus, the time is here for rediscovering the simple, manifest parts of ourselves cradled within the sensory landscape of Nature’s consistency and reliable movements amidst the changes that have engulfed us all during the greater period of Pluto/Jupiter/Saturn stellium bridging Capricorn and Aquarius that signals the uprooting of the institutions whose integrity we took for granted, for the sake of some necessary greater evolution…

Earth Day 2020 is an enforced observance.

I grew up in the California coastal city where in 1969 following a huge oil spill off the coast, the call began for designating a day to celebrate the Earth as mother divine, and rally advocacy for her survival in the face of human threats. In recent years I have witness the Earth Day festival grow out of grassroots to a showcase of industries supporting the environment: organic food truck dining, permaculture demos, booths administering CBD samples and selling hemp clothing and seaglass jewelry, walk-throughs of tiny houses and displays of what green living looks like in the 21st century, Teslas on display, representatives from local environmental groups educating the public and collecting petition signatures, and the alcoholic kombucha tents and stages with bands seeking to raise the public consciousness and appreciation of Our Mother.

This year I understood that these reminders of our interconnectedness with nature become mere trappings if we do not devote ourselves to conscious action for the sake of the environment regularly. Some of these trappings even fly in the face of the health of Earth: for instance, the insistence on consuming coffee with yak butter from the Himalayas, or eating quinoa that has been grown by large-scale industry where local farming populations are suffering, or eating almond butter produced in regions prone to drought, or flying 2,000+ miles to the Amazon for an ayahuasca retreat, as if there were only one substance in nature that could aid our self-understanding if we ingest it, bypassing the generations of shamans that were traditionally designated in many indigenous communities as those who could drink from the cup and commune with the plant spirit world, while Greta Thunberg will not board a plane.

Yes, I am feeling quite critical of the trappings, and also guilty of wearing them (well, not the ayahuasca piece – but I do practice forms of yoga traditionally reserved for the brahmins) at the expense of the environment itself.

Our growing edges as an environmentally-conscious community are many.

But of all the things we try to do and try to be seen doing to help Our Mother, She has taught me this Earth Day that I am doing the best I can to help her right now.

If allowed the opportunity, Nature takes care of herself, and of us. The pandas are mating for the first time in ten years at Ocean Park in Hong Kong. After 100 years, the first grey wolf has apparently been sighted in Normandy. A rare leatherback sea turtle is returning to the humanless beaches in Thailand and Florida. And two coyotes, a bobcat, and a grey fox visited my backyard in three days, as evidenced on the trail camera.

Now that we are in enforced isolation from each other, we are in greater communion with Nature, and are understanding that she doesn’t take very long to catch on to our lack of interference, and goes about accomplishing in a matter of weeks the goals for species protection and ozone health and clean waterways on which we have been struggling for years to gain purchase.

And we are like my neighbor’s robot sculpture clad with a mask, held back from normative behaviors, stalled and voiceless by the realization that we are not masters of nature; that we are a part of her body.

This work on “The Nature of Things” is a didactic poem, a teaching poem that celebrates Venus Genetrix, Nature herself, that births and destroys, builds up and breaks down and builds up again in ever-resilient resourcefulness. Also, if you are critical of organized religion and the ways in which it challenges our communion with nature, you might well enjoy this work! Also, if you are interested in ancient atomic theory, there are some marvellous sections on the relationship between the two essential entities Lucretius claims underpin the natural world: form and formlessness, or atoms and the void (the space in which they move).

I would like to read Lucretius and thus experience a state of ataraxia, the Epicurean freedom from fear and pain in the mind that comes from rejection of religion and superstition and acceptance of the fundamental, mechanistic forces of nature that are ever-present in nature, but that’s a lot of conditions, and I do like my astrology, and God.

But the reading is not what does it for me these days.

It is breathing the outside air and hearing wild sounds. Finding new, rich colors in the ridges of the mountains, and cultivating awe at the visibility of the islands off the coast, as if they have drifted closer to the land. Walking through the neighborhood and hearing families talking and laughing, seeing a woman dancing in her living room, a couple sitting out on their deck drinking wine. Smelling jasmine, rosemary, honeysuckle, the gritty scent of pine. When walking yesterday I felt big shapes start to shift against one another in my customary perception of the world and the wild, and as I reached the crest of the hill near my house, I had come so far away from the narrow channels of linear thinking and traveling without really hearing and seeing the world around me that I began to fear the consequences of spending too much time in that expansive presence of mind and heart.

I realized in this radical and spontaneous mindfulness practice that the yoga I practice is often just as linear as all else I do, paying lip-service to presence and mindfulness through a rigorous program of physical postures that have a “peak”, an end, a telos. And the mental experience attendant to this has been having it in my mind that I am being present and mindful more than having the felt experience of such.

Last night I sat on the deck with my cat Toby and watched him listen to the birds. He teaches me that life can evolve a little from day to day, that life is evolving from day to day beyond the static projections of my mind, in imperceptible ways. Especially as Toby is a new member of the household as of last August, he teaches me to ask questions about why we are accustomed to do or think about things in this way or that way. Sometimes I have an answer. Often I don’t.

The considerable tragedy that remains for our own species is that millions around the world have lost their jobs, the source of their livelihoods and vocations now deemed “unessential” while those with essential jobs are exposing themselves to the virus every day at work, in the hospital, or the grocery store. And the rest of us have the distinct privilege of working from home and luxuriating in nature’s capacity to renew herself more quickly than we would orchestrate. And it is Nature herself that reminds us and challenges us to take care of those whom we know are struggling.

We are all forced to become shut-ins, observers, students of Nature. We are all forced onto the fringes because there is no center of normative behavior and interaction. And thus there are no designated retreat centers we can visit to find ourselves in nature. There are just the circumstances that have brought us to this place. The centers of our orbit prior to our hibernation. And it certainly is a once-in-a-lifetime chance we have to reflect on the centrality of those things in our lives, and how they may have at times stopped us from remembering:

We are ever in Nature, and we are ever part of Nature.

Happy Earth Day (Earth Year, as it is quickly becoming)! 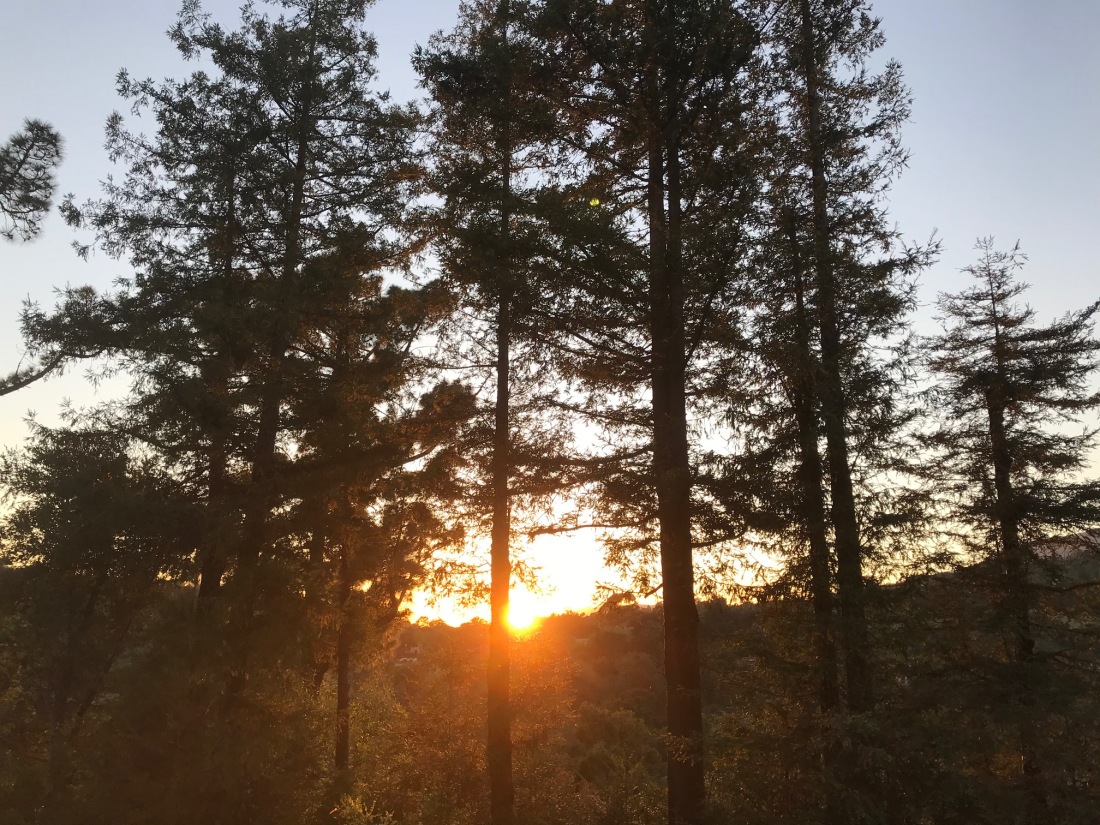