The Lunar New Year of the Rat and the New Moon in Aquarius. Time to think of the bigger picture. To find solutions through untried ways. To form community alliances to achieve strategic goals. To use guile to be the first animal across the river to win a place in the Chinese Zodiac. To observe nature and pour out insights which the poets and the painters and the visionaries will quaff.

What does this “big picture” (an infuriatingly obscure phrase, in my opinion) really look like? Do we assume a broad, aerial perspective of the terrain of our lives, and suspend sympathies with those who walk the roads whose trajectories we see from high above?

Is there just one big picture, one view from godlike transcendence?

Does the big picture denote the objective view? Or does it stretch the heart’s capacities for loving awareness (to use a Ram Dass-ism)?

I’ve been reading Richard Powers’ Pulitzer-prize-winning novel, The Overstory, a great opus made up of small tales, all of which carry a distinct feature of transformation involving human relationships with trees. It is Ovid’s Metamorphoses meets contemporary ecocriticism. It is a narrative ekstasis, in that it somehow stands far beyond its subjects and still looks closely at individual lives in a series of distinct moments of tender and painful intimacy. It is difficult for me to understand when I am looking at the bigger picture and when what I think is the broad view turns out to be just a lick of paint in a mural without end. I am not even a quarter of the way through, because I read and pause and digest and dream. I read before I sleep, and I dream of Nature pressing against the walls until she plunges inside. I dream about mountain lions coming in through an unresolvable gap in the sliding glass door, before they brush against me and groom themselves in the living room as if I was one of their own. One of the stories focuses on the experiences of a man who went from playing the role of a prisoner in Zimbardo’s ill-fated Stanford Prison Experiment to serving in Nam, and then working as a ranch hand in Idaho, before drifting aimlessly westward. Aimlessly, until he found out about the clear-cutting in the national forests through which he was driving. He paid a pilot to fly him over the forest, and saw innumerable bald patches marring the green plains of Douglas Firs. His incredulity, anger, and despair transformed into a resolve that he would plant trees in those very patches of scarred earth, and trust that the new saplings would grow never to be felled, that they would survive human deforestation. That they would survive humans.

The subterranean “big picture” from Nature

Earlier this week I attended a lecture on ecopsychology, wherein my colleague giving the lecture elucidated the ways in which trees communicate with one another about environmental threats and changes. They share defense signals, even with their competitor species.

I learned about the work of University of British Columbia biologist Suzanne Simard, whose research is apparently addressed somewhere in The Overstory beyond my current place in the book. In her TEDx Talk inspired by her research published in Nature about the communications between trees, she explains that old “mother trees” share carbon and nutrients with the younger trees in a forest, and they send extra resources to younger trees that are nutrient-poor.

“Forests are built on relationships”, Simard declares from the TED stage, claiming that complex adaptive systems such as these sophisticated communication lines are the source of resilience. These systems model mutual respect. We might wish to draw cues for human behavior from the trees, which teach that there is collective well being in the conscious sharing of information, that it is in keeping with nature to make it known when we experience stress, rather than to keep silent.

One personal Overstory: When Nature stretched open my heart

Undoubtedly it was this recent series of insights that culminated in my experience of brightened vision of nature yesterday afternoon. I was driving, thinking about things embarrassingly petty, when I saw a large carpet of wild mustard on the hillside. My whole demeanor shifted from vaguely irritated and apathetic to gobsmacked. I could not believe how beautiful the color was. And then as I continued to drive I saw deep purple, rusty red, clean and bright green, in numerous textures and arrangements of plant life, and it all converged to overwhelm me and, like a curtain drawn open I could feel the fringes of my heart stretch wide open with a kind of love that was fulfilled and unreturned at the same time.

It reminded me of the day when, at five years old, I opened my eyes after having them closed for a week following a surgery, and I noticed first the colors that seemed to crowd in and vie for my attention. My eyes were new and all the living things of the world seemed more full of life than they had ever been.

And so yesterday I caught myself, perhaps for the second time in my life, knowing the world in a loving way first and foremost.

The bigger picture revealed to me then that nothing is beyond the domain of the heart, even the material of rational objectivity which I would otherwise ascribe to the mind. This five-minute reverie when my eyes swept along the colorful vista out my car window plunged me into a continuum of what I can only call impassioned consciousness.

Omniscience and empathy in poetic beloveds, Whitman and Tempest

Whenever I read Walt Whitman’s Leaves of Grass (1855), I watch all the people he saw in the world revolve before my mind’s eye: the farmer and the soldier and the young bride and the enslaved person and the artist and the body of the drowned man and the infant at the mother’s breast and the cat prowling back gardens. All nameless, everyday archetypes for the time. All my heart’s threshing floor, the place to harvest words and sort through meanings.

In one segment, “The Sleepers”, Whitman offers a catalogue of normally socially differentiated people whose experience of sleep endows them with a shared human experience that transcends their differing levels of privilege, age, freedom and suffering:

I swear they are all beautiful,

The wildest and bloodiest is over, and all is peace.

Sleep, the blanket experience of peace and grave vulnerability, is mundane and intimate here.

Kate Tempest’s poem, “Lionmouth Doorknocker” in her album Let Them Eat Chaos (2016) hands the listener off to a series of one-lined vignettes of people in the city in the daytime:

The workers watch the clocks

Fiddle with their Parker pens

Haggle with the market men

Then she plunges us into the intimate acquaintance of those few people who are awake in the depths of early morning, and are not the beautiful ones at peace, as in Whitman’s world.

Are wide awake, they can’t sleep

Only these seven are awake

And they shiver in the middle of the night

Is anybody else awake?

Will it ever be day again? 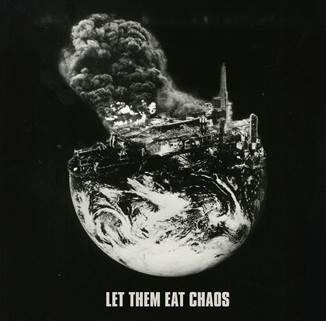 The pictures the Sleepers (don’t) see

Do the peaceful dreamers see the bigger picture of their own waking circumstances, and find peace therein?

Not here will I attempt to defend the validity of reporting dreams, and ascribing truth to them. But undeniably dreams do offer a different kind of vision, from which we create story, association, and meaning, as we do in waking life. And in the following example from my own catalogue of recent dreams, there is an aspect of seeing, or failing to see, which I feel is somehow related to the issue of perspective addressed in this blog entry: And yes, there is self-indulgence in dream-telling, but also in blog-writing and painting and playwrighting and any creative work.

I had an appointment with someone wise, and to visit this person I went up a marble staircase, which ended at a landing with corridors leading to the right and left, where stood, respectively, statues of a man in 18th-century Anglo-American dress (long coat, buckled shoes, stockings, breeches, and a cravat) and a woman who looked like an image of Venus, with her draped clothing gathered around her hips. Her hair was loose and tumbled wildly over her shoulders and her breasts, and a snake slithered up her torso, its tail pointing down between her hip bones and its head lost somewhere in her hair. I took the path to the right, past the statue of the man, because those were the instructions I had been given. At the end of the corridor I reached an empty gallery, in what I knew to be the British Museum. A huge crowd of people was milling around, pausing at intervals to look at the bare walls, as if there were fascinating exhibits there. I could see nothing, and this terrified me. Then a harried old man in an orange suit shuffled toward me, telling me he had been waiting for me, that I must come with him. His speech was rapid and pressured, and I feared him. He was not the one I had come to meet. I ran back down the stairs and he ran after me. I got to the bottom of the staircase and he could go no further.

Somehow I cannot content myself simply to appreciate the paradox, the irresolvable complexity between the bigger picture and the small, tender lives it encapsulates. To watch myself and others, dreaming or waking, attempt to see a broader, impartial view, and come up against the occupation hazard of having a body, and immediate circumstances that intrude upon this enlightened perspective.

But I do not say this with cynicism. For me, the ecstasy of jet-setting subjectivity is endlessly fascinating.

Aquarius takes the aerial, broad, outside-of-the-box view, and at the New Moon, grand schemes are birthed out of the known metrical workings of the world. But Aquarius is also a fixed air sign. To look out from behind the eyes of the individual is not the habit of Aquarius, but Leo, its counterpoint and opposite sign, which also fixes itself in habitual perspectives.

But to integrate the poles of this opposition, and to honor the different modes of seeing oneself and the outside, to remember that big and small abide in the heart, to recognize visions, dreams, and feelings, and to understand their comings-and-goings within oneself and others, like the wind through the trees –  that might be the best practice I can follow in this Lunar New Year.

Because when I read Whitman’s Leaves of Grass, or listen to the first track from Tempest’s Let Them Eat Chaos, (“Picture a Vacuum”), I know that the broad view makes my heart pummel its cage no less than does the narrow.